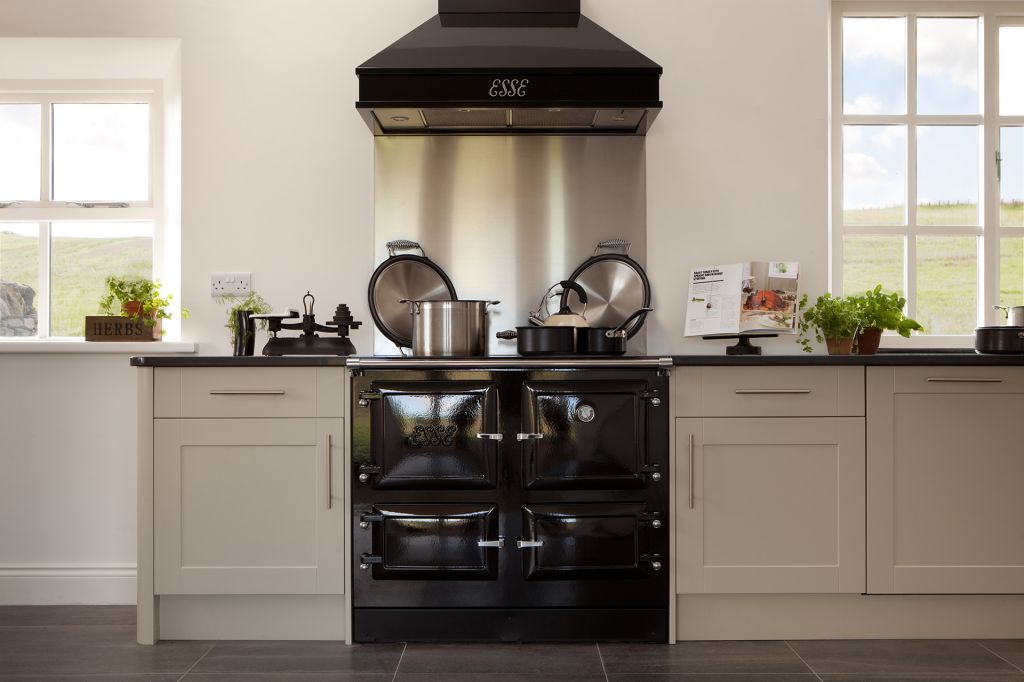 Choosing an ESSE cooker means cooking without compromise – and the 990EL is no exception.

The 990EL is a beautiful cast iron range cooker, with a host of technical innovations which make it ideal for the modern kitchen.

It combines the robust beauty of a traditional cast iron cooker, with modern controls and elegantly engineered details that ensure it is a pleasure to use. Easy-shut slam doors, precision hinge stops and a bespoke cast iron moisture control vent are just a few of the little touches that illustrate ESSE’s absolute attention to detail.

The 990EL has three independently controlled ovens which offer great versatility when cooking. From melt-in-the-mouth meringues and slow-cooked stews to deliciously crispy roast potatoes, this cooker is a true all-rounder.

Oven temperatures are consistent thanks to wrap-around elements, which mean you don’t need to worry about turning your dishes or swapping shelves…you can even cook directly on the base of the ovens!

Along with a full-width grill, the 990EL has a dual hotplate which combines a traditional cast iron hob alongside an innovative induction zone. Like the ovens, the hobs are independently controlled and can be used to suit your mood.

The controls for ovens and hobs are neatly housed behind the upper left door, and with no flue to consider, the 990EL can be positioned virtually anywhere.

Designed to make an impressive statement in your kitchen, the 990EL matches a standard bench height at 900mm high, and a stately 990mm wide. The depth of the cooker is 600mm to fit into any classic kitchen. 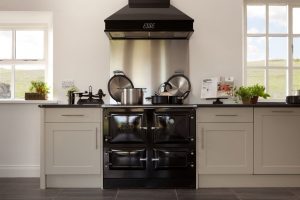 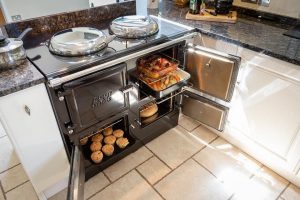 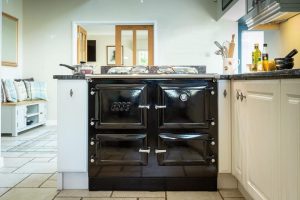 Enquire about Esse 990 EL13 Electric Cast Iron Wood Oven
Are you building?
If you’re building a new home and looking for heating or cooling products you can upload your plans so we can provide you with an accurate quote.
Upload plans